Rajab: one of four

The collection of all previous INSIGHT magazine releases will be accessible now at the following link: https://ducanada.ad-din.site/Pages/view/542 You can select to receive notification for Masjid & Madersah events by filling out the contact form found under Question Form. 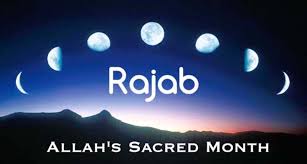